Time and time again, my friends and I always plan on going to New York but for some reason (second time now) it just doesn’t get a green light! We didn’t want to waste our week off so we just decided to head somewhere with a beach and just chill and we found just the perfect place – Barcelona, Spain

I had this spur of the moment thing and booked a flight just because it was cheap. Although it was a really good bargain (£55 for return flights per person), we ended up spending the money we saved from flights with the B&B (booked a 20:30 flight then got delayed, landed 1am but only got out 2am) so really, it just broke even.

From London, the usual budget airlines (Easyjet and Ryanair) offer flights to Barcelona el Prat which is near the city centre. There are also 2 other Airports which I found to offer cheaper flights but at a further proximity.

From the airport, they usually have the Metro which is their main transport system. We landed at around 2 AM and there were Night buses available which we took and fyi it was really packed at that hour (cost: €4 one way to city centre); They also have Aerobus which is mainly for airport transfers. I originally booked return tickets from them (cost: €10) but our flight got delayed and they only run till 1am; Uber or MyTaxi (download the app in advance) is also available if you want less hassle from the commute and much faster journey.

Since it was peak season, rates were expected to go higher and after some thorough research, I ended up booking a room from AirBnb. Since we anticipated a summer weather, I mainly looked for 1) Has airconditioning 2) Good location 3) Value for money. Luckily, I found Valeria’s flat which was only 7 minute walk from Plaza Espanya and 2 minute walk to Metro station- Hostafrancs. It was also surrounded with cafes/restos and 24/7 convenience stores. For our 5 day stay, we paid a reasonable amount which ticked my last requirement. Our host was really nice and we mostly just had the place to ourselves. If you do plan to visit Barcelona, I highly recommend her place. You can message me for her contact number.

I usually just have a list of places I want to see but nothing too detailed. My go to app’s usually through Pinterest and Sygic Travel but I recently discovered Google Trips (App store or Google playstore) and it has everything to make your trip more systematic and efficient. You can save your booking details (flights, hotels, tickets) and make day plans through their list of places to see and you just pick what you want and it can auto create a route for your conveniece! Ultimate travel hack! There’s also this app called Tiqets where I got our passes for Sagrada.

All in all, I would say it’s best to explore the city for a good 2-3 days and 1 extra day could be spent for day tours outside Barcelona.

I would say London’s underground system trained me well so adjusting with Barcelona’s came off effortlessly. If ever in doubt, you can always rely on Google Maps or download the TMB app which is dedicated to their metro/ transport system.

We bought a 48-hour travel card – it’s like an unlimited pass for trains, buses, airport transfers and costs €15 which you can get on the actual station or online (order online to get 10% off then pick it up on any station).

Other than the metro, we like to do a bit of walking which we more or less did like 75% of the time and with Google Trips journey planner feature, this gets easier on those curious toes.

We woke up really late and managed to go out just in time for lunch. What did we choose to eat you’d ask? Of course – Paella!!!! With the help of Yelp, we found this restaurant just a few minutes away from the BnB called Portonovo Silvestre. I loved their paella (€14.50) and adored their sangria (€15 for a large jug)! 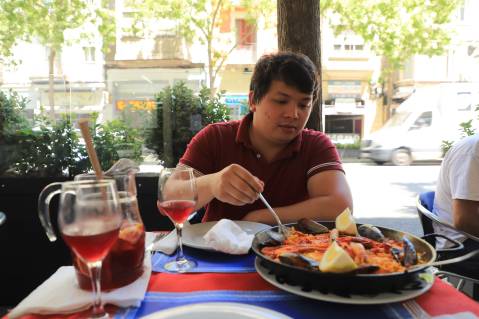 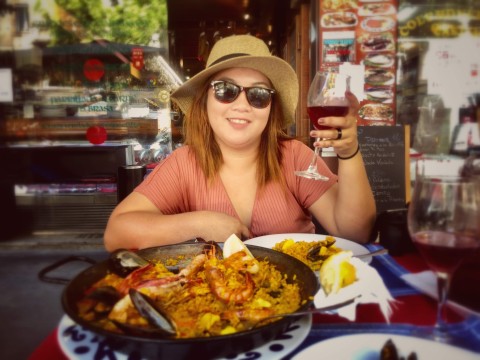 After a really really sumptuous lunch which left me buzzed at noon, we had to head to our first stop – Parc Guell. To be honest, we were taken aback with the heat and add to that being plastered with wine. To make things worst, we had to do a bit of hike to get to the view point so my heart was really pounding! I would suggest wearing really light clothing, comfortable shoes and not to get sloshed at noon and pre-hike! The view though made our ordeal bearable. 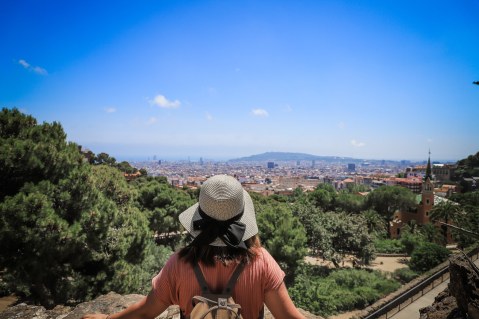 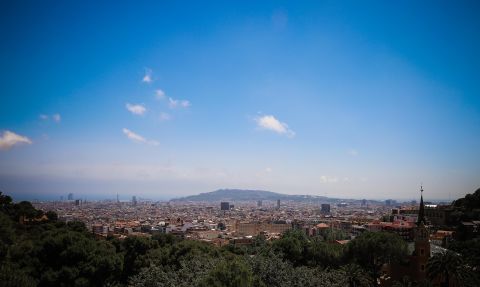 I usually just choose which site I’m usually dying to explore and want to spend money on and Sagrada Familia was one not to miss and probably 1 of the highlights of this trip. Sans the heat and the massive number of people in, the architecture could almost speak for itself. I was in awe with the intricacy of details and all the time spent for it’s completion which by the way is due on 2026. Also, book your tickets online (got mine thru Tiqets app). If you’re also aiming to get good pictures without the overwhelming number of tourists in the background, I would suggest visiting at around 6-7 am. It just felt like we had the who church to ourselves thus, picture worthy! 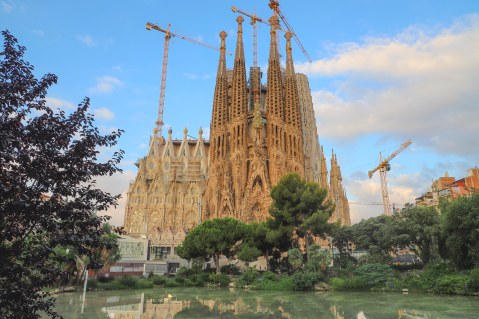 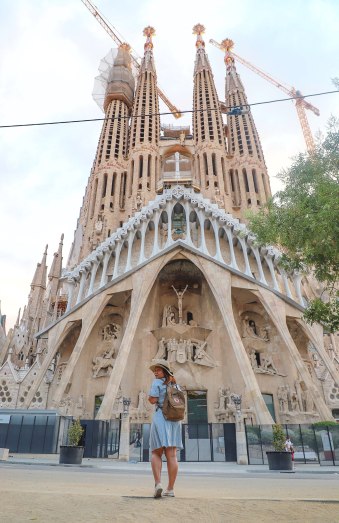 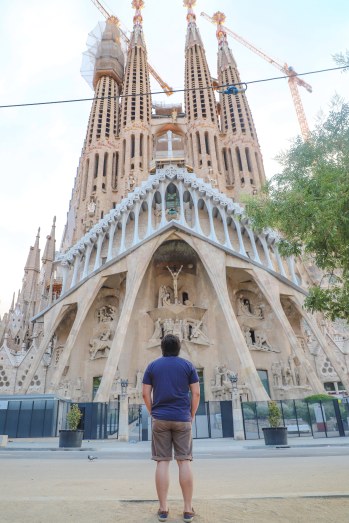 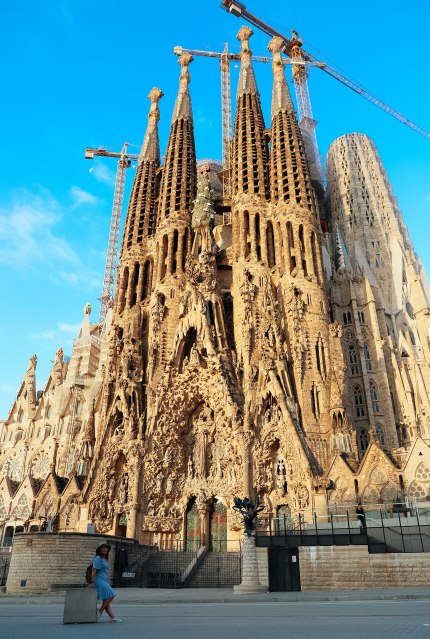 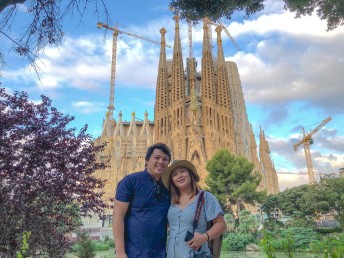 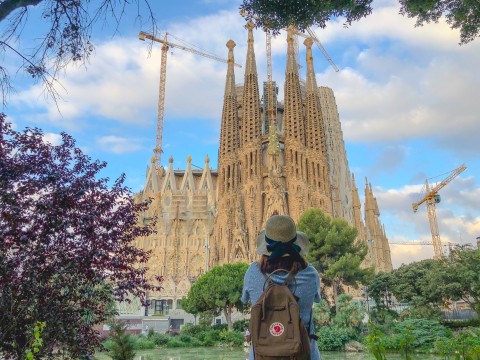 Walking around, I just noticed just how the vibe feels so alive and I love that there are trees everywhere! If you go to La Rambla- it’s a whole tree lined street stretch where tourists mostly flock. There are shopping stores, restaurants, souvenir vendors and benches where you can just sit, relax and people watch. 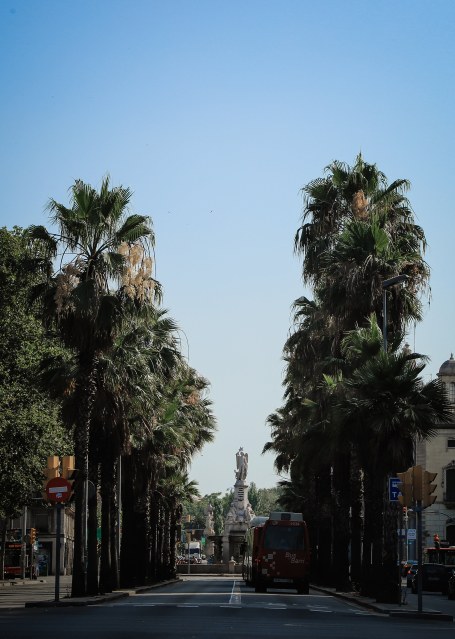 Some of Gaudi’s famous designs: Casa Mila & Casa Batllo which is a walking distance from each end 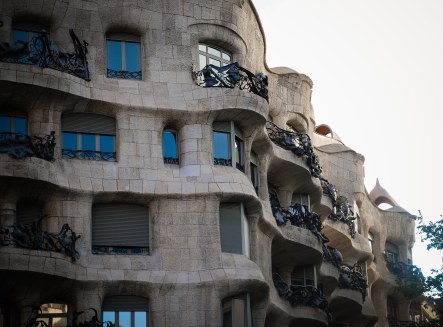 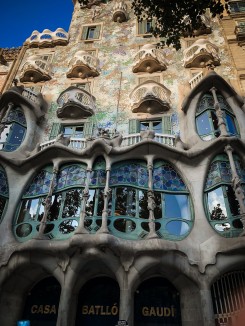 Gothic quarter – this is basically their old town and has narrow streets and old school spanish balconaje. 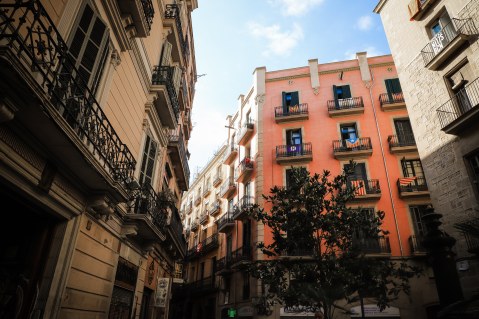 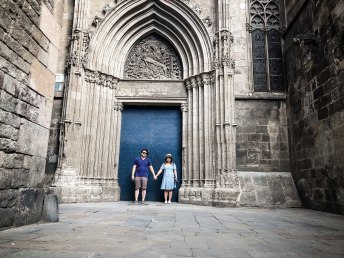 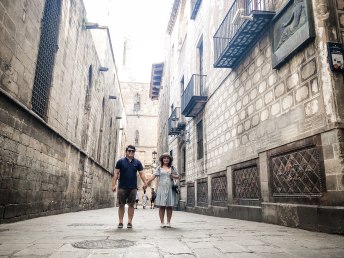 La Barceloneta – This was the other highlight of our trip and enjoyed the most. Rest and relaxation achieved! 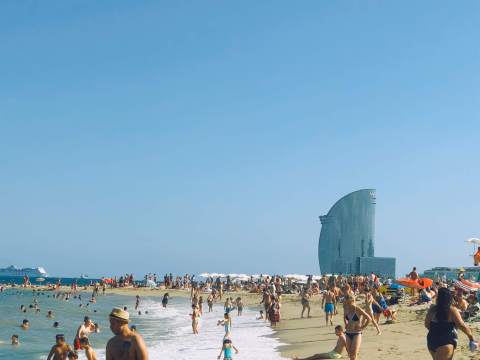 Fuente Magica – They normally have scheduled fountain shows on certain days and it’s just a lovely sight to see. 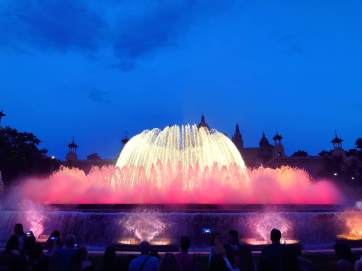 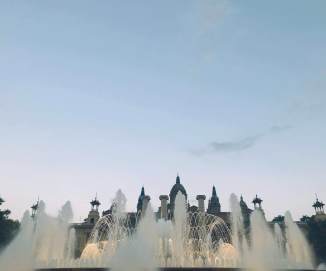 On our extra day, we decided to visit Montserrat, a gorgeous mountain range which offers spectacular views. Also within those range lies an actual monastery and a basilica where you will find the Black Madonna (The image of the Virgin Mary).

From Plaza Espanya, you can take the R5 train straight to Montserrat. We bought tickets from a tourist centre in Plaza Catalunya which costs 35 euros and that would include return tickets via the R5 + Metro train, Aeri (cable car), funiculars and lastly their audio visual room. They also have museum but we opted to just explore and hike. 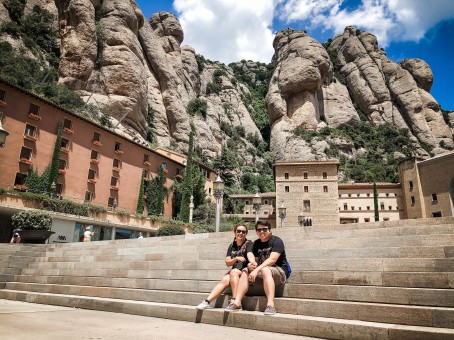 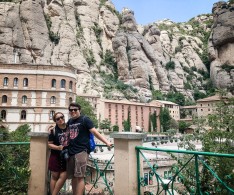 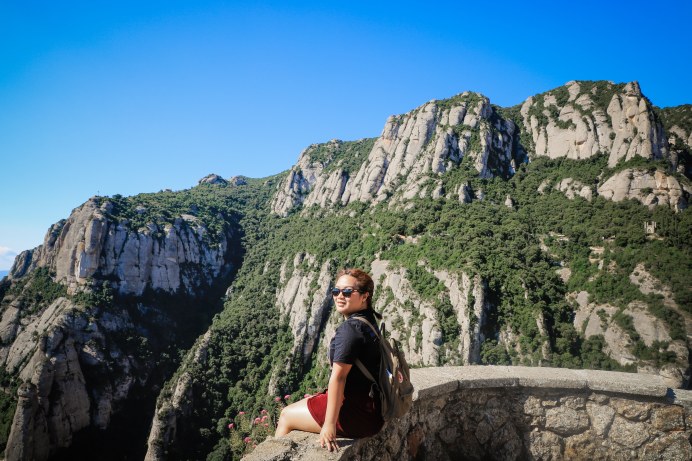 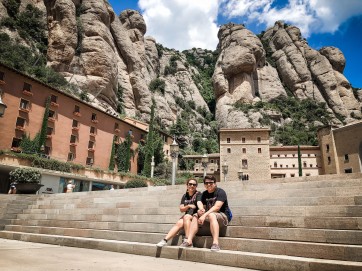 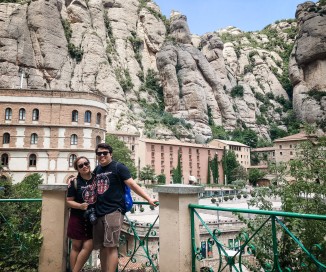 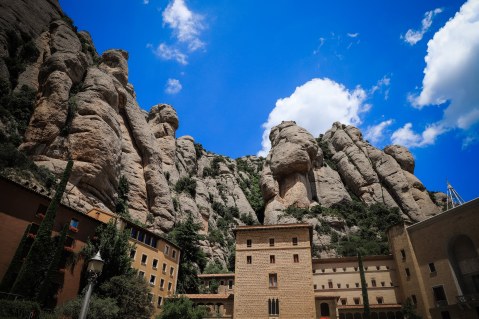 The hike going up would probably take around 2 hours for noobs like me. There were some trails you could follow although there were also rough areas but the view from top is amazing. I would suggest to bring some water and snacks to munch especially once you reach the top. Also, wear comfy clothes (I wasn’t prepared for the hike and was wearing a skirt and chucks)! 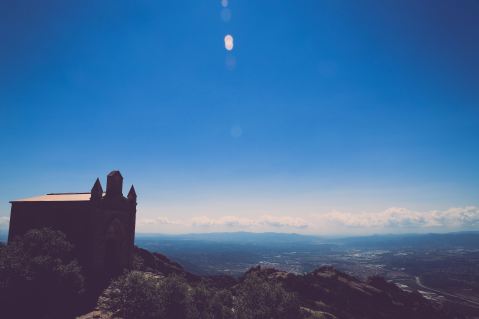 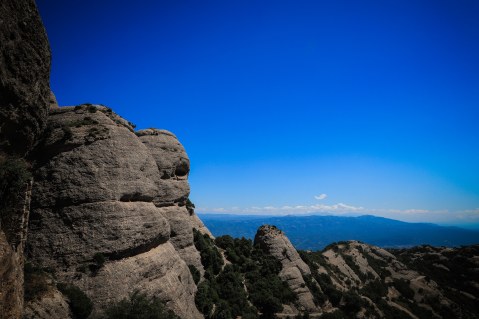 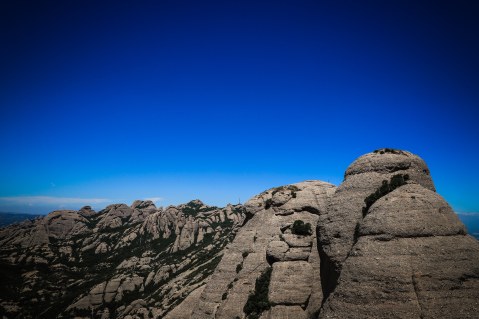 Overall, going to Barcelona is a one stop holiday shop if you ask me. If you like the city and rich architecture, the beach to just relax, flavourful food/ drinks and if you’d like to go nature tripping or hiking, it’s all within arms reach! Adeu!