If you’ve been a frequent visitor/reader of my blogs, you might notice by now how much I try to channel my feelings through music. Whoever I end up listening to or whichever artist I follow/admire will always have a story of how it all began. So now, here’s another story.

I have always been a Lola’s girl and when we lost her in 2008, I had a difficult time. I understood it was time for her to go but the sudden void seemed like hell on earth. It was such a struggle to move on and let go. During one of my random outbursts years later, I accidentally came across a new and fresh tune which immediately caught my attention and calmed me enough to actually listen. The words seemed to fit my current state: grief, loss and darkness. I’ve heard songs that I could relate to before but somehow, this one hits on a deeper level. And the voice behind it was so captivating. Very ethereal. So naturally, I researched and found a new musical gem for my playlist: Florence and the Machine. And the song that is now one of my favourite songs ever- Cosmic Love. I know this is more like a love song but the brokenness sort of reached out to what I was feeling at the time. I also instantly became a fan. Then, fast forward to 2011, when I heard Florence’s cover of Drake and Rihanna’s song Take Care I swore from then on it has become my official birthday anthem. I guess it’s safe to say that from the time I found her music, I clung to it and kept it with me wherever I go.

January 2019, days after my birthday, I received an email saying I’ve got 2 tickets to attend the annual British Summertime Time where Florence & the Machine were headlining. I thought it was just spam. I know I wanted to go but it was too good to be true and I didn’t want to get my hopes up over something so unsure. Months passed, I kept receiving update emails but I mostly ignored it because all it kept saying was tickets will be sent to me. If it was indeed legit, then I will just have to be excited once I physically have the tickets until one day, I checked our mailbox – OMFG it was really true! I was crying! Eventually, hubby told me that it was a birthday gift from one of my best friends and I just had to cry a little bit more because obviously, it was a dream come true! Thank you Demeye! <3 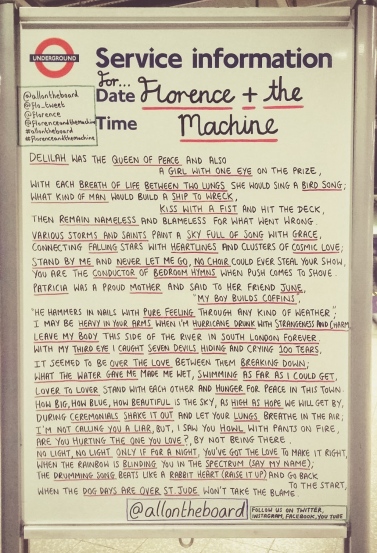 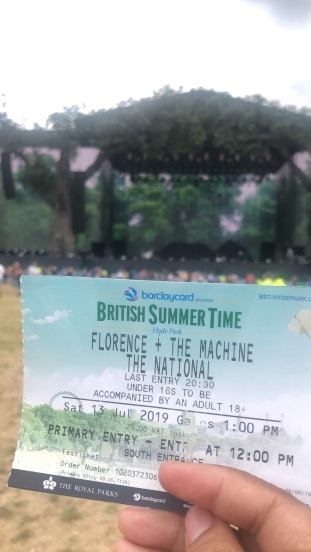 To guarantee a spectacular view, we were already at Hyde Park as early as 1pm so we had a lot of spare time hence, the pictures! 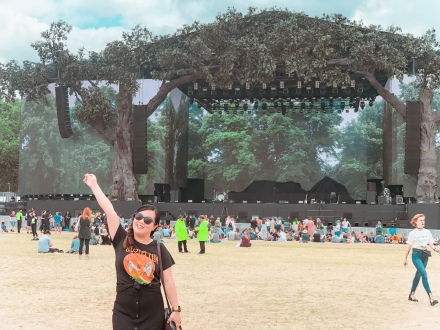 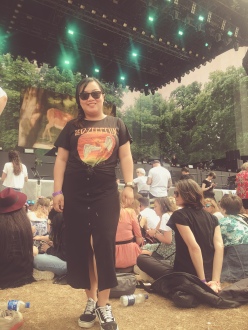 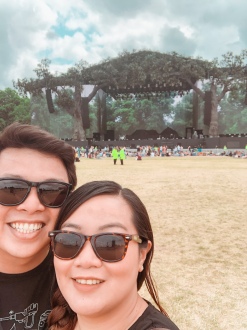 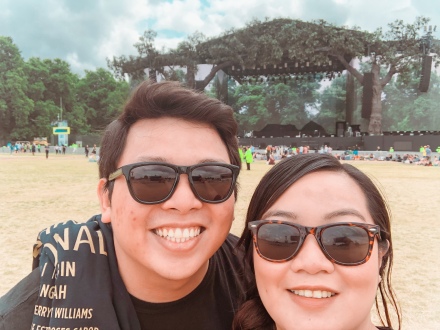 It was a really long day but I would say the wait was worth it. We were also lucky cause it was cloudy that day so we didn’t burn under the sun whilst waiting. Among the front acts, I would say Lykke Li was my favourite – what a total performer and she sounded awesome live! I even saw Florence dancing to her backstage. Oh, and in case any of you are also looking for new tunes that have a Frank Ocean-ish feel to it, I would recommend listening to Blood Orange.

And finally, after what felt like a whole shift waiting, here she is! 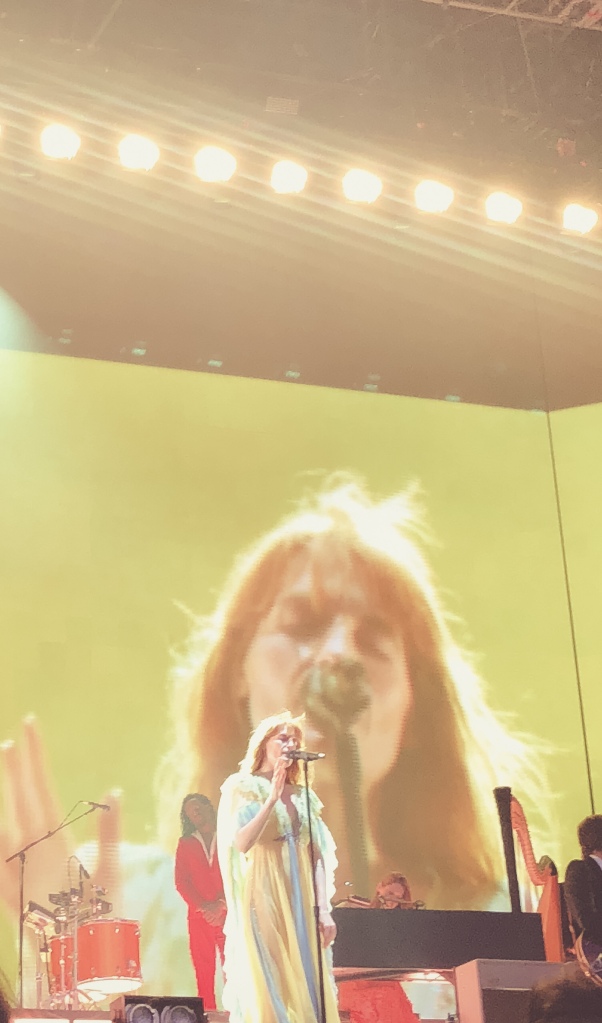 Her voice was just so incredible. And although I watched videos of her performing on youtube, I never expected her to be so energetic and carefree on stage! 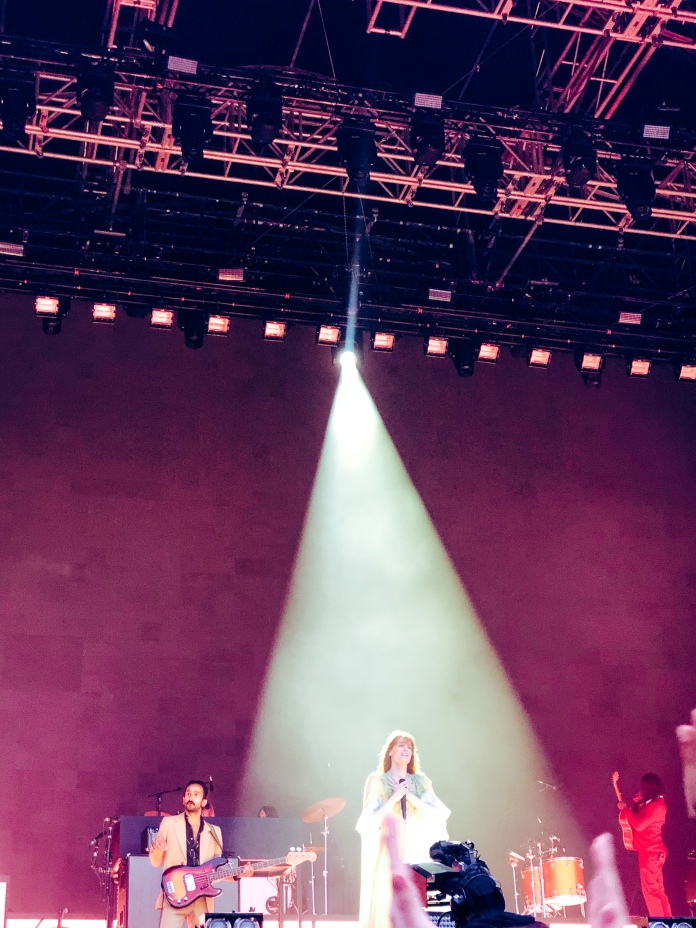 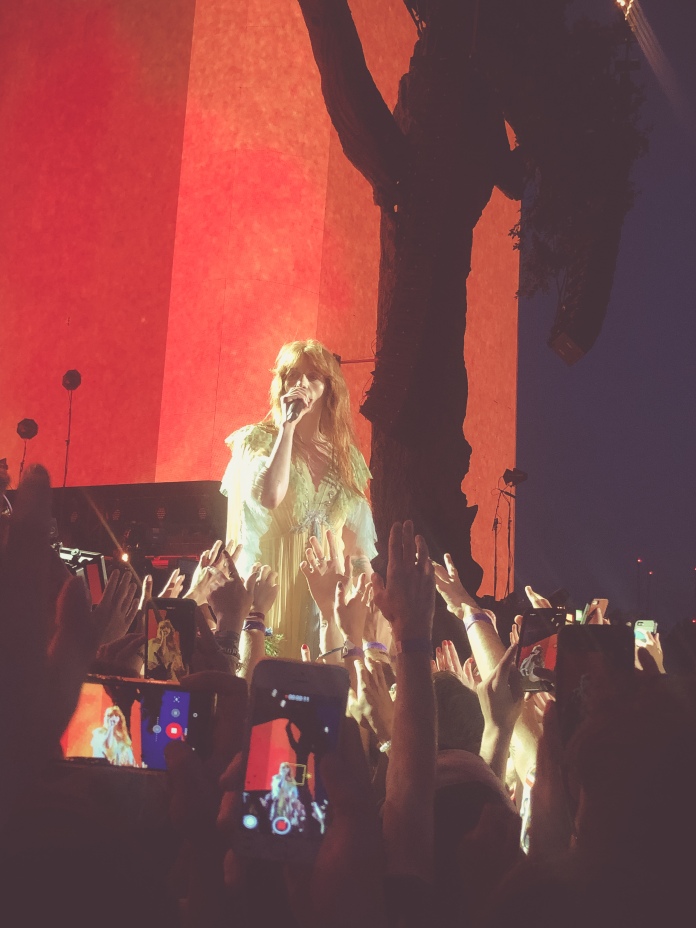 I was literally in tears. For some, it may not be a big deal but these are some of the moments I only ever dreamed of and now, it’s happening right in front of my eyes – all made possible by a very dear friend of mine and I am just so thankful and feel so loved. Thank you from the bottom of my heart! <3<3<3 Makakabawi din ako. :) See you on my next music quest next month! Ta!